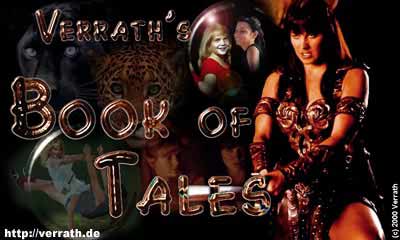 I'm known as Verrath, and I've been wrting fan fiction - on and off - since 1998. This is my little bubble in cyberspace - feel free to look around, read the stories, enjoy yourself, but mind this warning! 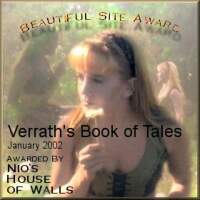 How cool is that? My site won a Beautiful Site Award from
Nio's House of Walls!

A word of warning: Some of the works showcased here aren't finished. I can give no guarantee that this will change. Unfinished stories are marked as such.